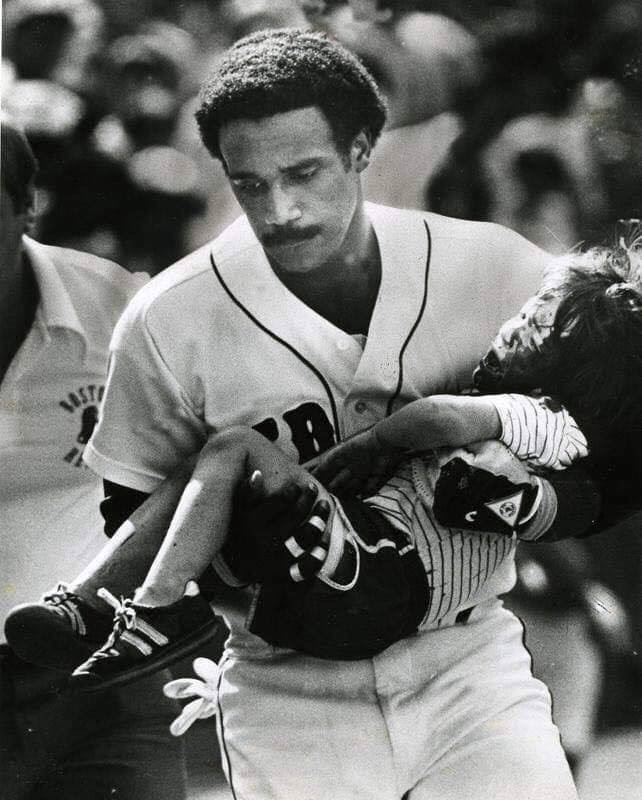 The date was August 8, 1982. The Red Sox were playing an afternoon game at Boston’s Fenway Park. Suddenly a screaming foul ball whizzed past the first base dugout and Red Sox left fielder Jim Rice heard the unmistakable sound of ball striking flesh. Looking around the corner of the dugout into the stands Rice saw 4 year old Jonathan Keane bleeding profusely from his head. Realizing in a split second that it would take several minutes for park EMT’s to get to the scene, the future Hall of Famer sprang into action. Rice leaped over the railing into the stands, cradled the young fan into his arms and carried the boy into the dugout where he received immediate attention from the team’s medical staff. Within just a few minutes Jonathan was rushed to the hospital where doctors credited Rice with saving the boys life. Jim Rice played the rest of the game in a blood stained uniform, a true badge of courage.